There is one people in the world. Believe it, live it, make it your faith.

Hollywood actor Robert Redford speaks in support of the fight against the Dakota Access pipeline in an article he wrote on Time Magazine online. 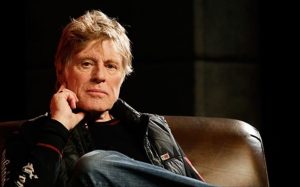 “If this is legal, one must seriously question the laws of the land. They are laws that prioritize the profits of energy companies over the rights of people who actually have to live on the land, drink its water and eat its food.”

“Thousands of people are actually going to North Dakota to support the Sioux. But anyone can help in other ways.

You can give time by making phone calls. Call North Dakota governor Jack Dalrymple at 701-328-2200 and politely share your opinion, or call the White House at 202-456-1111 and politely tell President Obama to rescind the Army Corps of Engineers’ permit for the Dakota Access Pipeline.

Though not all of us are able to go to North Dakota and actually stand with Standing Rock, we can stand united. We can be a sea of people, rising up together to prevent the seas from rising and our history of mistreatment of Native Americas from repeating. The Sioux people of North Dakota aren’t just fighting for their homes and their water. They’re fighting for our homes and water, our families and futures, our children’s chances for a habitable home.”

Theme by Anders Noren — Up ↑